The Canadian Armed Forces Cannabis Policy sets out very detailed guidelines for its members to follow in order to be permitted to perform duties.    It sets out periods of prohibition of eight hours for any kind of duty, and a minimum of 24 hours for a long list of operational duties including the operation of a motor vehicle.

This sets an interesting precedent for the federal government and other public agencies to consider as the Armed Forces has after a deep review of data has determined that operating a vehicle within 24 hours of use would pose an unacceptable risk.

The policy sets out a 28 day prohibition for other duties such as flight, submarine and high altitude training.  Finally, enduring and total prohibitions on cannabis use apply during the entire period of international operations, training or authorized leave in Canada.

The Canadian Armed Forces appears to be taking this issue seriously which is a positive development and it stands in contrast to the lackadaisical attitude seen in other areas of society such as the media and politicians.

why would the armed forces prohibit driving within a 24 hour period? 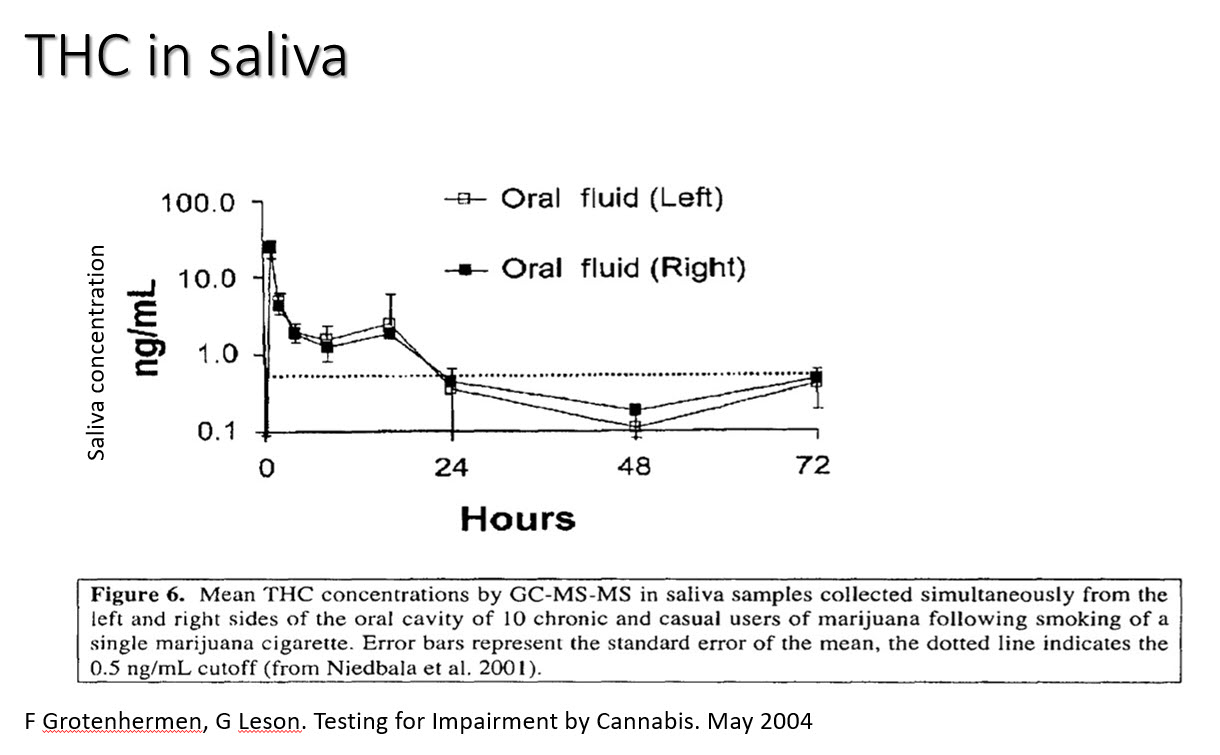 Perhaps the graph below which depicts the results of saliva tests among ten chronic and casual users of marijuana sheds more light on the potential problems the Armed Forces foresees.

This is a very important distinction to make which the pot lobby and advocates for legalization prefer to avoid.  Unfortunately the public is led astray to think that an observation of THC in saliva gives a scientist a clear measurement of the impairment level of the user.  It does not.  And that is because the pharmacological effects of THC and alcohol are very different.  They are not equivalent in the way they affect motor skills, cognitive performance or other mental performance measurements.

The Canadian Armed Forces Cannabis Policy appears to acknowledge this and the organization is taking a wise path forward for the safety of its members and the public.